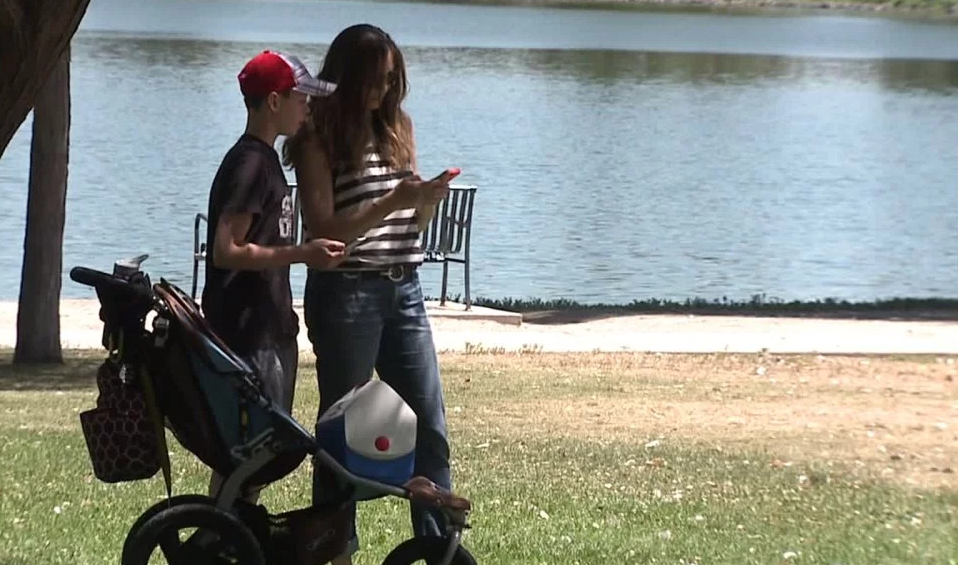 The family that prays together stays together is one popular taboo that most of us have already forgotten. Not all family are religious, though, or it can be that not all families are adept with praying. Other things make a family bond together, weekend getaways on the beach could be one, eating dinner together or even playing Pokemon, To understand how Pokemon can bond the family, we need to have some knowledge of the game, and how it is played

Pokémon Go was launched in the United States on July 6th, 2016, and in Canada just two weeks later on July 17th. The gaming app is unique in that it is a location-based augmented reality app that requires the use of your iOS or Android GPS and camera.

No one ever would have imagined the success of this new gaming app, but it is the innovative combination of mobile gaming, augmented reality, and user interaction that seems to be a big attraction. While the app is free, as with most gaming apps, you can upgrade and access additional features by making an in-app purchase. Gamers can even wear a Bluetooth device and use Pokémon Go Plus to locate nearby players. While the game can be played solo, it has become a popular group game.

The “Go” Part Of The Game Has Caused A Few Problems

The “Go” part of the app has caused a few problems. Since the game requires you to be outdoors to geo-locate Pokémon, it has been the cause of a few accidents and public nuisances. The app leaves most gamers distracted by their screens, and not paying enough attention to their surroundings. This can be quite dangerous, even when on foot. In fact, two Canadian teenagers were detained by the US Border Patrol after accidently crossing the US border into Montana while playing the game. They were released without charges. Don’t be fooled, though; it’s not just kids and teenagers downloading this gaming app, but adults too–and even families play this game as a group.

This new app is so popular that its daily usage on Android devices has exceeded that of the reigning social media apps–Snapchat, Tinder, Twitter, Instagram, and Facebook. The question on everyone’s mind is, how long will this success last? Most apps reach a peak that soon fizzles or evens out. In fact, many brick-and-mortar businesses are capitalizing on the success of this hot new app by hosting Pokémon events at Geo hotspots.

While it’s not realistic to expect the unprecedented success of Pokémon Go, it is being played as part of bonding families

Pokemon go is a very dynamic and nontraditional, but it can be filled with fun and excitement when played with family and friends. Most bonding activities can be a little expensive, but when you got to catch Pokemon as a family, it doesn’t have to be that way. Children ages of 3 and up, adults, teenagers and old ones can play the game. Fun memories and a bonding activity can be brought by playing this game together.

Even when we are living in a fast pacing world, we can still find time to be with our family. A little chat may not be that enough. But when you brought in a Pokemon during a family gathering, it will surely be a hit for everyone.It is not boring at all; it can be filled with so much fun, laughs and smiles. Hence, family playing Pokemon together brings unstoppable laughter.

Next time, when you think of family bonding, make Pokemon go on the top of your list. It is indeed inexpensive and does not require the family to travel. Gathering the family together with so much fun and laughter to enjoy can be very memorable; hence, it can establish a strong tie between and among family members.

Pokémon go can build stronger relationships among the family. It is somehow a non-living thing, but it can bring fun and excitement. It likewise builds memories that are unforgettable. It is always nice to think about a family that is drawn closer together playing outdoor games, especially Pokemon.

P.S: Do always ensure your safety and be aware of your environment around you while playing Pokémon Go. You can buy a Pokemon Go Plus to help you play Pokémon Go safely without losing the fun.

10 Parenting Tips In Travel With An Autism Child

10 Ways To Calm Your Powerful Feelings

10 Parenting Tips In Travel With An Autism Child

Mosquito Prevention Tips You Can Do At Home

How to Have Beautiful Hair