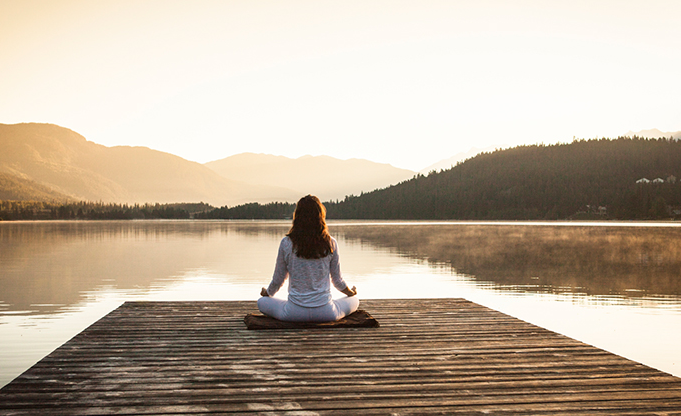 Life is stress at times especially for working women who need to juggle between taking care of the family and work. Meditation can help you relax and also bring great benefits, learn some of the reasons why most successful women like to meditate.

It is proven that your brain’s physical properties will change and lead to neuroplasticity. Its functionality and structure change depending on the input it receives. Scientists originally thought that our brain stops developing physically once we reach adulthood, however new experiments show that meditation can alter a person’s stimulus and allow them to control both reactions and thoughts.

MRI scans have provided hard evidence on the matter as it shows a stronger connection between brain cells for people that meditate. And this effect doesn’t stop there, it might actually slow down the aging process of your body. You will basically be investing time to create more time.

Successful people need to be able to function adequately under high pressure. Meditation has a direct link to decreasing the cortisol levels in our body, which is also the stress hormone. The ability to make the right decisions while experiencing high levels of stress is an essential factor to becoming who you want to be.

Recently the Marine Corps of the United States utilised a meditation program in their routine. Not only are there signs of lower stress levels, but the general performance of the troops has greatly improved.

Other studies have shown an increase in productivity as a group of people was split into two with the first part being required to meditate while the others had no such experience. They then proceeded to complete various office tasks in a twenty-minute period. At the end of the experiment the group of people that underwent meditation showed much higher results than the other participants.

4. Getting to Know One’s True Self

It is hard to have an objective opinion on yourself, even when you are trying to be as objective as possible. Meditation will allow you to understand yourself better and get to know emotions which you didn’t know existed as they were hidden in your sub consciousness. Dynamic life can often leave us detached from ourselves, as social interactions have particular models which we need to fit in. This is on quite a higher level for successful people as they have to mind every single action. All of this makes it hard to be aware of our emotions and values.

Meditation allows to focus your attention on your true self in a non judgmental manner and observe and deal with any negative feelings. It essentially enables you to become a better form of yourself.

5. Positive Effects Even When Not Meditating

Research has shown that even while not meditating, your brain’s performance is on a much higher and consistent level. Learning how to control and deal with emotions allows us to do that. Results are not linked to a particular task or ability, but show a general effect.

It is hard to be on the top. It can often lead a person into the dark thoughts of existential problems and could often cause depression and anxiety. Studies show that through meditation the observable symptoms of depression greatly decrease with time. Don’t be fooled, however, this is not a process which will magically wave a wand and instantly help you. It might require up to or even more than six months to experience meaningful effect. Depression is not something to be underestimated as it is recognised as the largest mental disease of the 21th century.

Depression is quite often accompanied with insomnia due to the inability to relax and ease your mind to fall asleep. If we make a quick summary of the benefits of meditation – allows us to cope with stress, relieves us from the latter and we understand ourselves better, then it is obvious that insomnia will no longer be a problem.

Yes, this cliché comes fully into play when it comes to meditation. Not only does meditation help with mental issues such as anxiety and depression but could result into actual physical improvements. The majority of modern health issues are caused by our mentality, being able to deal with the stress will relieve us from many health problems and helps us through the whole process. Not only that but it will act as a prevention measure in the future to allow us to lead a more efficient and healthy life.

If you are residing in Southeast Asia and would like to learn the ancient art of meditation, you can click here to learn more here.

Where To Get A Tattoo Removed In Boston

Secrets To A Loving Relationship